Have you ever wondered how and when “leap babies” – those who were born on February 29 – celebrate their birthday?

Some of them celebrate on February 28 while other prefer to wait until March 1. Adults know how all of this work but how to explain what a leap year is to our kids?

It is not easy, but we are here to help you!

First of all we can talk about “solar year” – the time that the Sun takes to return to the same position in the cycle of seasons, as seen from Earth – or “civil year”, as defined by the calendar.
The lenght of the solar year is about 365 days, 5 hours, 48 minutes and 45 seconds . Here, the solar year.
But the calendar year, “only” lasts 365 days.

If every 4 years we didn’t add one day to the calendar, those five hours (48 minutes and 45 seconds), would accumulate. What would happen then?

We would assist to a shift of seasons. Over the years, for example, the spring equinox would no longer be on March 21, but it would be delayed in April, then in May, then in June… 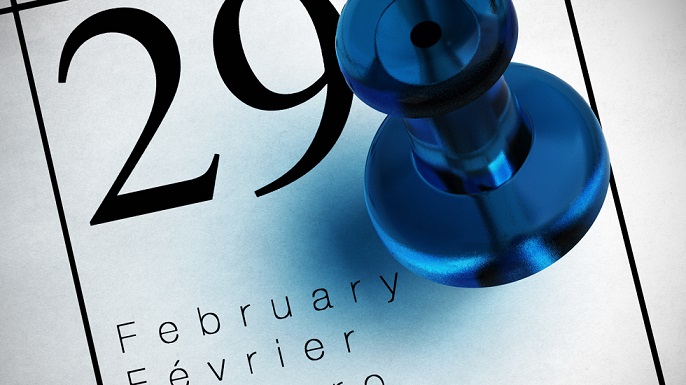 In Ireland, only on this date, a girl can ask a guy to marry her and he can’t refuse.
What if he refuses all the same? He will be required to give the girl twelve pairs of gloves, to avoid the embarrassment of showing off her hand without the engagement ring. 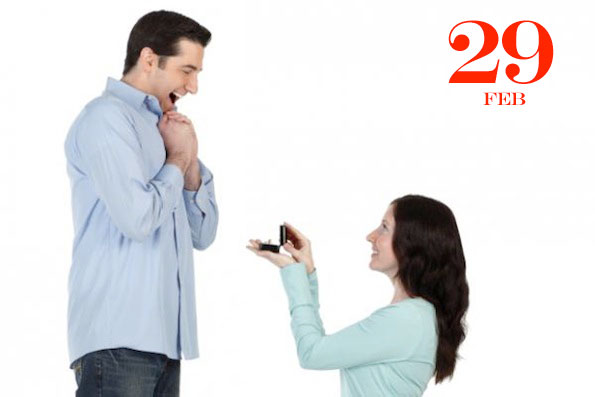 In France, on February 29 (so only once in 4 years),a humor magazine called “La Bougie du Sapeur” is published and all proceeds from sales are donated to charity. Until now 9 numbers have been published so if you were in France today, you could find number 10!

Consider that if you write a letter to the magazine, you will get an answer after four years, the same is true for the crossword puzzle solutions! 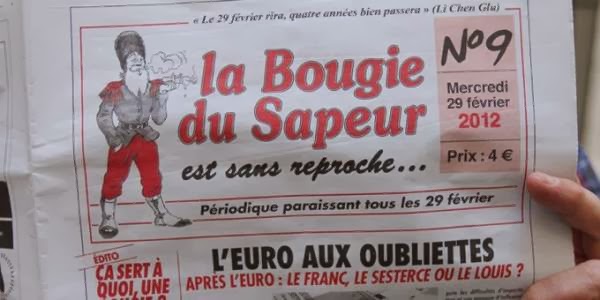 And what about February 30?

Yes, sometimes there has been a February 30 on the calendar.
For example in 1930 and then in 1931, in Russia. But already in 1932 the traditional calendar was reintroduced.

Our children found these curiosities very interesting. We hope your children will love to know about it too. 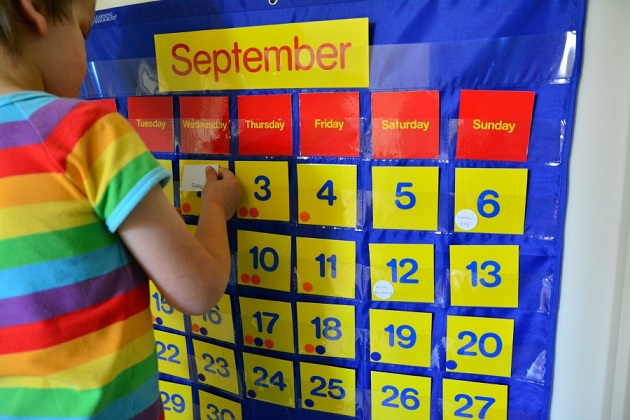 From a Montessori point of view, knowing and learning how to use a calendar help children to plan their tasks, making them feel responsible, And not mere spectators of adult decisions.

And now it’s your turn! Do your kids like February 29? Do you consider it a special date? Or have you a baby born on this date?

written by
Sara Fierro
A fickle wannabe. Compulsive reader, wannabe nerd, serial addicted, pretty lazy but always singing mom. Sara loves English, math, fries but, above all, Christmas. She can't wait for that moment when everyone will look at her as an adult rather than as an aged teenager.
Last update: 2016-02-29T09:00:06+00:00 by saraf

All little kids love repeatability, and it’s because they found it  reassuring. How many time have you see a kid obsessed by a favorite blanket, or a favorite toy? Pretty much every child in the world goes through a “phase”. written by Sara Fierro A fickle wannabe. Compulsive reader, wannabe nerd, serial addicted, pretty lazy … Continued

Baby teeth begin coming through the gums around 6 months, and that’s the right moment to start, at home, some healthy habits. Brush litte teeth just before bedtime and don’t give any food or drink after that – surely except water or breastmilk, is the most important rules, to consolidate future routines, and to ensure … Continued

There are a lot of pre-writing activities which do not require pencils, even if children love writing tools long before they are ready to use them: finger painting, drawing in the sand, in the shaving cream, play with playdough. When your child is two-three-years-old, you can try to let him imitate an horizontal line, a vertical … Continued

It’s not easy to know which glue you need, and it could be so frustrating. May also be expansive to keep a oversized supply of different types of glue. So, let’s see toghether some tips. written by Sara Fierro A fickle wannabe. Compulsive reader, wannabe nerd, serial addicted, pretty lazy but always singing mom. Sara loves … Continued

Let’s face it: we’re all yearning for the Spring! The warmth of the sun on our skin, the sweat shining on our foreheads, the many hours of sunlight. All moms miss Spring,  but our children miss it even more. They look outside the window and sigh sadly when looking at the sky: the rain, the … Continued

When Sveva was two years old, I met a woman at a course, she was also a mother. Initially she approached me because -­ she said ­- she appreciated my contributions during the course, my ideas written by Solange Grosso Now that she is a mom she actually no longer knows how old she is. The last … Continued

Have you ever wondered how and when “leap babies” – those who were born on February 29 – celebrate their birthday? Some of them celebrate on February 28 while other prefer to wait until March 1. Adults know how all of this work but how to explain what a leap year is to our kids? … Continued

Pedagogy. A word that every mother finds everywhere, and that at times appears even harassing. Experts say… The educator recommended… The new book by Dr. X… And we read, re-read, study, as if we were at school again. written by Sara Presenti Sara AKA “Mascara Design” on the web, is Your Inspiration’s leading UX designer. Challenges make … Continued

Children are the voice of truth. Are they? We have interviewed two of our children. Here are their answers. written by Sara Fierro A fickle wannabe. Compulsive reader, wannabe nerd, serial addicted, pretty lazy but always singing mom. Sara loves English, math, fries but, above all, Christmas. She can’t wait for that moment when everyone … Continued

Here in Italy is Carnival again: confetti, colorful customs, parades and FUN! While I’m definitely a Christmas person, I’ve always liked Carnival but I was the only one in the family who loved it so as a child I only got to enjoy it at school. written by Solange Grosso Now that she is a mom … Continued

February is arrived and we are all thinking about Carnival. We’ll talk soon about the italian way to celebrate it, but today the Kiwee Team is glad to offer you two little presents: three printable mask (Frozen and Minions inspired) to entertain children before Mardi Gras… and a castagnole recipe! written by Sara Fierro A fickle wannabe. … Continued

She gets up when it’s already clear outside; she comes in the room where I’m working. It is the time of day I love the most: written by Solange Grosso Now that she is a mom she actually no longer knows how old she is. The last time she checked, she was about six and a … Continued

After three years of meetings, conferences, workshops of any sort, coffee shop talks, discussions on forums, facebook and by e-mail, I finally accepted it. When you talk about Montessori schools, the question you’re always asked is never about educational materials, children’s autonomy and socialisation, freedom and order ratio, the adult’s role, punishments and rewards, homework … Continued

Mr. Winter has arrive. Quiet, as usual, with a kind look in his eyes, that of someone bringing with him the best holiday of the year. A shy guest who makes us feel great emotions and let us spend a lot of time in our homes, a gentle soul who carries the scent of cookies, … Continued

I’ve always been allergic to labels, methods, guilds and uniforms. I can’t stand “one size fits all” education. written by Sonia Coluccelli Here I am with all labels defining my unplanned, changeable story and life: mummy Sonia, teacher Sonia… I am a teacher and an educator, teaching children at the primary school, teaching other teachers, … Continued

If you feel sad at the idea of taking down the Christmas tree, storing away all the ornaments and decorations and seeing you home once again in its non-festive attire… wait! The holiday season might be over where you live but somewhere in the world it’s not, yet. written by Solange Grosso Now that she … Continued

No New Year resolutions, this year; we all know we never achieve them and we end up more frustrated. We want to lose 10 pounds, quit smoking, call that friend we haven’t seen in a while, sign up to the gym. On top of that, of course, you want to be a better parent. written … Continued

Christmas is coming, and The New Year too! Best wishes for the season, and see you in 2016, with all our new surprises! written by Sara Presenti Sara AKA “Mascara Design” on the web, is Your Inspiration’s leading UX designer. Challenges make her feel alive. That’s why, even if her two beloved pests (three-year-old Noemi … Continued

“Oh, you are SO lucky to be be a work at home mom. You don’t have to spend hours in the traffic, you can be with your kiddo, you have time for yourself, for the house, you can work without stressing. And you have a job and an income. I would love to be able … Continued